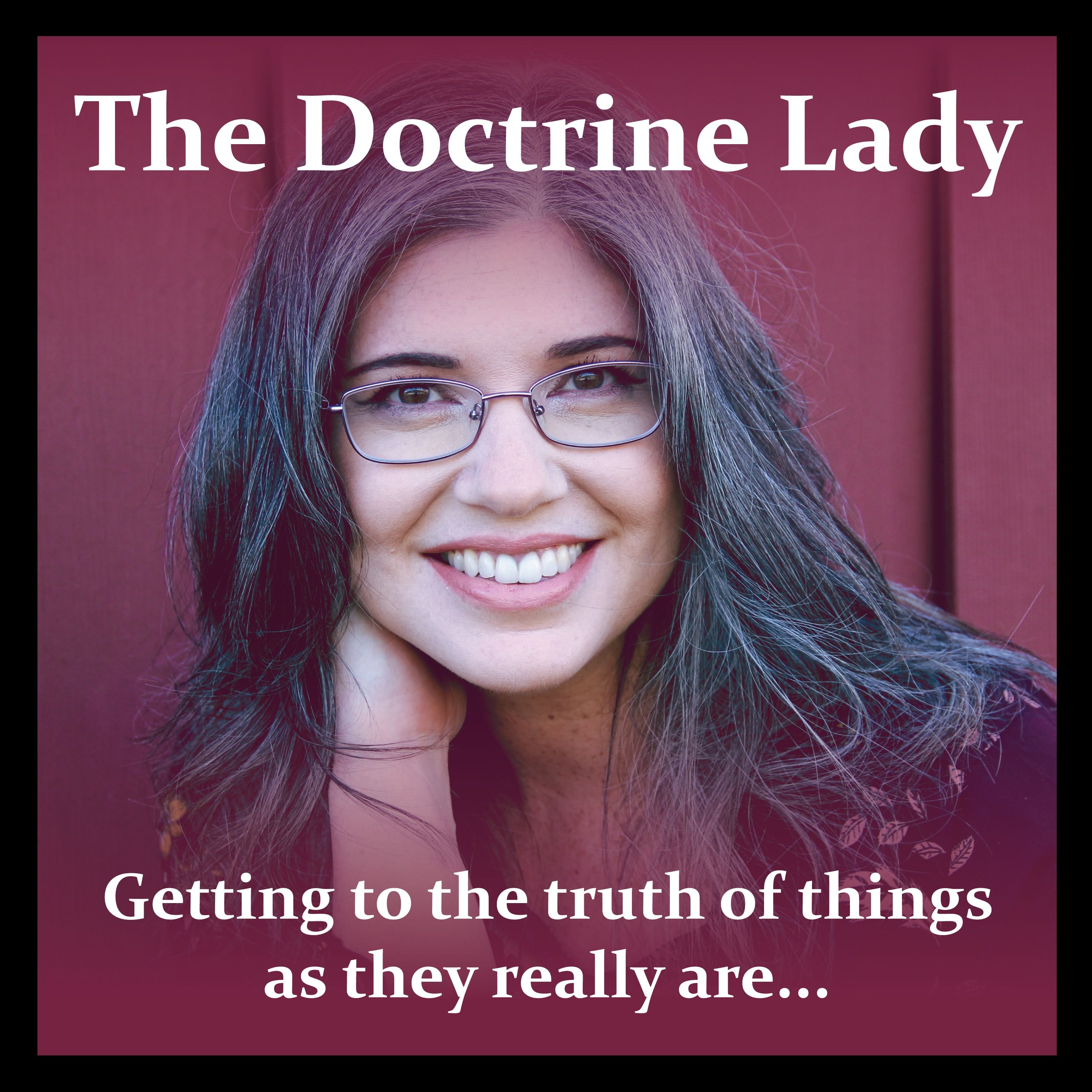 Doctrine: Tradition, in the church, leads us to summarize important gospel doctrines and principles into trite phrases (subject to misinterpretation) and high-level diagrams (that fail miserably as eternal cliff’s notes). Thus, the rising generation can’t understand the deep and essential truths of the gospel and are easily led astray because of “tradition.”

Now it came to pass that there were many of the rising generation that could not understand the words of king Benjamin…and they did not believe the tradition of their fathers.

This scripture is so accurate in its description of why the rising generation could not understand the prophets words and why they did not believe “the tradition” of their fathers. Such misunderstandings were related to “tradition.” And it is happening again today.

Tradition, in the church, leads us to summarize important gospel doctrines and principles into trite phrases (subject to misinterpretation) and high-level diagrams (that fail miserably as eternal cliff’s notes). Thus, the rising generation can’t understand the deep and essential truths of the gospel and are easily led astray because of “tradition.”

It is of some of these trite phrases, high-level conversations and diagrams, and generalizations that I’m blogging about today; and for today it all relates to the subject of the pre-mortal life (i.e. scripturally called “the foundations of the earth”).

Pre-mortality. We often completely summarize it by calling it the war in heaven. We often make it out to be this obvious black and white choice. And yet, a third of the hosts (our spiritual brothers and sisters) made a choice against what we consider to have been an easy, obvious, and very understandable choice—to follow Christ.

The problem with boiling down the pre-mortal life the way we consistently do is that so much clear, necessary, helpful, and eye-opening doctrine is lost. So, here are a few of the generalizations we use to teach about pre-mortality and what I consider to be the deeper doctrines that are completely lost.

#1 – pre-mortal life was life through Christ

As alluded to above, we often present the pre-mortal existence as if it was all a war in heaven and only a tiny moment before coming to this world. And, when you and I think “war” we think conflict, fighting, weapons, blood, death, injury, etc. We think about mortal warfare. Now, I’m not suggesting that we didn’t have all of these things—of a kind—in the pre-mortal world, but I am suggesting that they presented themselves differently than we tend to think.

Pre-mortal life was life. It was the only life we knew. We had friendships. We had brothers and sisters we liked and those we didn’t like. There were personalities we got along with better than others. We spent time learning and growing in wisdom, knowledge, and understanding of many things. There was no mortal time crunch there. And, I suspect we didn’t have to worry about day-to-day survival when it came to eating and seeking a profession. We were free to pursue our interests and to become masters of whatever we chose. We know we had not yet achieved perfection—as God is perfected.

However, whilst in the midst of all this spiritual living, we attended church. Yes! Maybe it was called church, maybe it wasn’t. Maybe it was called Family Home Evening, maybe it wasn’t. But, we did in fact attend or were proselyted to, because we were all taught God’s eternal plan of salvation. It was The Plan. It was the only plan that had ever been and that ever would be. And, it was taught by Christ, Himself (JST of St. John 1:1). That plan, that gospel, was the center of our broad—yet spiritual—life. It was already “the light” of our lives.

Thus, we can see that from the beginning, from the moment we were organized (Abraham 3:22), Christ was already the center of our lives and God’s eternal plan. He didn’t just show up at The Council to stop Satan from implementing another plan. Christ had been The Plan all along.

This, however, is a false idea (see #1 above). Satan’s plan was never a plan. It was an attempted coup. His sole desire was to dethrone the Almighty God, silence Christ’s preaching and power, and to have God’s power and glory in an absolute manner, which isn’t actually possible (Moses 4:1-4, Doctrine & Covenants 29:36). In fact, the war was not to decide which plan to follow, but to try to save those whom Satan led away “because of their agency.” God didn’t give up 1/3 of His children to maintain the “right plan.” One-third of His children—who had known all along what The Plan was—were cast out because they chose and attempted a fruitless coup on God, the Eternal Father.

Think about it. God won’t force us to accept His plan here on earth. And, He didn’t try to force us to accept His plan in the pre-mortal world. We can see that He is truly “the same, yesterday, today, and forever” (Mormon 9:9). We can also see that He is bound by law and covenant—which is critical to Him being God (Mormon 9: 15, 19; Alma 42:22-23).

Thus, Satan, in his pure arrogance, tried to manipulate God. “Not one soul will be lost,” (Moses 4:1) he said, IF you will “give me thine honor” (which is God’s power and glory). 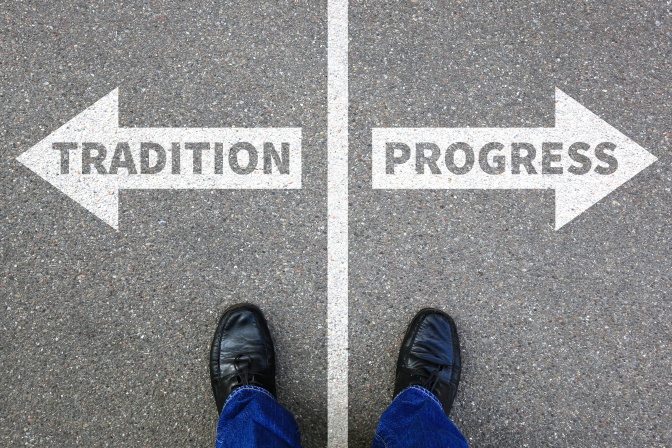 #3 No souls are lost

First, by attempting a coup, Satan led away a third of God’s children “because of their agency” (Doctrine and Covenants 29:36) and lost them their opportunity to become like God (the very thing he claimed to be protecting). So, that first third was the first evidence that Satan had no concern for the loss of any soul–to any degree.

Second, Satan’s idea of saving souls was coercion and unrighteous dominion. Think about life here on earth right now. What soul was ever saved (in any extent) by such leadership/relationship tactics? As well, no soul can be saved in ignorance (Doctrine and Covenants 131:6). That means that forcing us all to do right would not have saved our souls. Taking away our agency would not have saved our souls. It would have done the exact opposite. It would have damned every single one of us CONTRARY to Satan’s promise (and he knew that!). This is because salvation is extended to us based upon the true and sincere desires of our hearts which motivate our actions—NOT on perfect actions (Doctrine and Covenants 137:9). Likewise, eternal life (or life like God) is extended to us NOT because of what we do but because of WHAT WE BECOME as we try to do.

Without mistakes, sin, weakness, learning, experience, and opposition, we could not have been saved. It is quite clear that the atonement of Jesus Christ is the center of the plan because it allows us to learn from mistakes, weaknesses, and sin without being condemned by the learning process. We can’t become godly without fully understanding what it means to be otherwise. We can’t choose to become like God if we don’t understand what it means to be a god.

Third, in God’s plan (or Christ’s plan), none of us are lost. It’s the exact opposite of Satan’s lying proposal. Everyone who comes to this earth will receive, and inherit, a kingdom of glory, except sons of perdition. And, it is really, really hard to become perdition. Satan was perdition because He knew God the Father, He knew Christ, He knew the plan, and in the face of that perfect knowledge he rebelled. Cain was perdition for the same reasons. He walked and talked with God and knowingly set it aside (which he nearly almost did before being born onto the earth, Moses 5:25).

What Satan meant by “not one shall be lost” was that if God would give him His power, honor, and glory, he/Satan would give everyone godhood without them becoming godly first (which he couldn’t have done because even godhood is bound by law and covenant, but I suspect it was a lie anyway, as he was not the type to share power with anyone–so it was a lie within a lie). And yet “being lost” is exactly what would have happened had our agency been violated (by Satan) as he proposed. Thus, again, we can see it was a power play, a coup, and nothing more.

In this life, none of us lose the opportunity to become like God. It is presented to us daily. And, inasmuch as we submit to the enticing of the Holy Spirit (Mosiah 3:19) we become a little more Christlike, a little more like God, each and every day. It is only when we refuse to submit to God’s laws, ordinances, covenants, and to the Holy Spirit—because of our agency—that the “becoming-like-god” process is halted (Satan refused to submit and was therefore damned because of his own agency). And, by passing through this mortal life many determine that “becoming like god” is not actually what they truly want (because they’ve been presented with other options and found them more desirable). Thus, no one is lost. Everyone ends up exactly where they want to be, or, they receive as much godliness as they choose to receive (Doctrine and Covenants 88:15-40).

When we are young we all want to become doctors, lawyers, or anybody who makes a big paycheck. We think we want money more than we care to think about what we actually want to do to make that money. As we get older, however, we come to realize (through trial and error) that even large sums of money don’t bring us happiness. We also learn that what money can buy doesn’t necessarily bring us happiness. And, we learn that fundamentally, we are drawn to different types of careers, hobbies, activities, places, etc., and which we love to be a part of regardless of the amount of money we receive in consequence. We become far more occupied with spending our lives and our time in ways that bring us happiness and joy than we are about money.

Becoming like God is follows a similar principle, though I’m not actually comparing godhood to mortal money. Yet, like lots of money, I suspect that many of us thought we wanted godhood in the pre-mortal life. And yet, as we pass through The Plan here on this earth, I’ve no doubt that many of us discover that the laws, ordinances, covenants, responsibilities, and principles that accompany “life like God,” are a little above what we really want to do—for eternity. Do we really want to spend eternity “bringing to pass the immortality and eternal life of man” (Moses 1:39)? Because, that’s what God does; and that’s what we’ll do when we become like Him. And, there is only one way to do that. It’s The Plan. The one we’ve been dissecting as part of the foundation of pre-mortal life.

I suspect the most merciful thing God has done for each one of us is to let us find out for ourselves if godhood is what we want–by passing through this life. And, not one soul is left out. If our part in this plan is such that we don’t have the opportunity to choose between godhood or the other options sufficiently, we will have our work done and the option given to us before the final resurrection and judgment through the vehicle of another part of The Plan, the spirit world. God’s plan is perfectly just and merciful because of the atonement offered by Jesus Christ. None of us will lose the opportunity for godhood. We must choose to let it pass by “because of [our] agency.”