I’ll never forget, during one early morning seminary class, several years back now, when a student shocked me with a very inspired interpretation of a verse of scripture.

Often, as a teacher, you try to anticipate comments. It’s necessary in order to be prepared to answer questions, or to help students seek their own answers. Often, you feel in your preparation you’ve discovered all the most important doctrines, the most important things for your students to know, and grasp. You’ve dug up all the necessary “in the moment” information, and then you turn it over to the Lord.

But then, you have those days that no matter your preparation, no matter your own aha’s while getting ready, God has something better in store…and your students teach you. Those were always my favorite days—when my students came up with profound truths that made my mouth drop open and which set me pondering. And this is one I have never forgotten.

I asked my students, during this particular lesson, to read certain sections of scripture and pull out truths (i.e. doctrines). These two verses were simply in a large block of verses assigned and I hadn’t even focused on them by themselves. Then, one of my students got up when it was his turn to share some “truths” and he said something to the effect of:

What I learned from these verses is that suicide won’t make people happier. Suicide disconnects people from their physical body. And, if a fullness of joy only comes from them being together, or eventually reunited, then maybe if people knew that, they wouldn’t be tempted to commit suicide.

I remember sitting there (because I always sat down when I had my kids stand up and share) stunned. Such a doctrine had never before occurred to me. And certainly reading those verses had never led me to contemplate the intricate doctrines attached to suicide.

In Doctrine and Covenants 138 we find a vision by Joseph F. Smith regarding what happens to people after they die. While studying verses about Christ’s atonement and what He did in the three days His body was in the tomb, Joseph F. Smith received this incredible witness of the spirit world. In verse 11-17 Joseph F. Smith recounts:

As I pondered over these things…the eyes of my understanding were opened, and the Spirit of the Lord rested upon me, and I saw the hosts of the dead, both small and great. And there were gathered together in one place an innumerable company… I beheld that they were filled with joy and gladness, and were rejoicing together because the day of their deliverance was at hand. They were assembled awaiting the advent of the Son of God into the spirit world, to declare their redemption from the bands of death. Their sleeping dust was to be restored unto its perfect frame, bone to his bone, and the sinews and the flesh upon them, the spirit and the body to be united never again to be divided that they might receive a fulness of joy.

For the dead had looked upon the long absence of the spirits from their bodies as bondage.

Now, if we are to be frank, there are a lot of reasons people contemplate suicide. I myself, during the chaos and struggle leading up to my divorce (9+ years ago now) seriously considered the idea of it. I considered it from a very lucid state of mind, though I was most certainly compromised emotionally and in consequence physically from the stress and lack of sleep and the struggle to maintain my life at the time. I remember perusing all the medications in my house and seeing if any of them could be overdosed on. I did with an acute sense of how ridiculous it was, but I did it anyway.

But, in reality, I knew why I was doing it. And, it wasn’t because I didn’t believe that happiness was out there in the future somewhere. I figured it probably was, though I couldn’t comprehend it at the time. I contemplated suicide because I wanted to get my ex-spouse’s attention. I wanted to find a way to quickly bypass all the pain that was there, at present, and that subconsciously I knew was coming. I wanted to progress through this trial faster. I wanted to shock my ex-spouse into some kind of state where he was willing to see how much I (and our marriage) should mean to him. I wanted to skip past all the unknown drama and hurt, because there seemed to be no end to the pain (both emotional and psychological).

I had never known such numbness, such emptiness, such neglect, nor such personal stagnation. My life was in a horrific limbo. I couldn’t do anything until I knew I had given everything to save the marriage and I couldn’t move forward until the other party “threw in the towel.” And, suicide, in the back of my mind, seemed like a possible way to take control—to force something to happen, because it seemed like nothing was. I was trying so hard to save the marriage and yet it was getting better and it some ways it wasn’t getting worse…it was just stagnating in the slowest possible way.

That contemplation of suicide only lasted one evening. I have the blessing and curse of being incredibly self-aware and nearly incapable of going against my own testimony, my own logic, and reason. Rebellion against common sense and practicality is nearly impossible for me. Thus, so also was suicide.

However, other people contemplate it for reasons that may include: escape, fear, depression, revenge, control, psychological collapse, or despair. Other reasons tend to be more fanatic and are rare and I’m not sure such fanatic and eccentric reasons for taking one’s own life are related to this article at all. 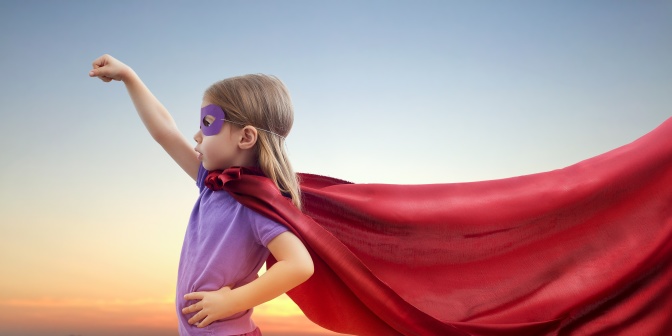 However, no matter why a person may contemplate suicide, it’s important to understand that no matter how difficult life “in their body” is, that abandoning that body doesn’t necessary mean happiness. Bodies (whether mortal or immortal) are powerful. They are a power (i.e. glory, Abraham 3:26) that our spirit gains by simply coming to this life. To cast them off, no matter how much pain or suffering we may be experiencing, is to cast off the most powerful tool we have to access happiness.

The scriptures teach us that eternal happiness is achieved first and foremost by having our body and spirit together, or reunited (if we have died). A physical body (whether mortal or immortal) is a godly power. It’s something God had that we didn’t, and it is one of the primary reasons we chose to come into this mortal world.

A body grants us the power to create life, manipulate matter, and do all sorts of amazing things by the sheer act of our spiritual/mental will. In a body (D&C 138:33-35) we can gain access to ordinances and covenants that allow us to take advantage of God’s grace and by so doing seek godliness—to be like God. We can’t do that without a body!

Without a body…none of these critical, eternal things are possible unless done vicariously by proxy individuals who have bodies. And God has made it clear that this is not the best way, though it is available (Alma 34:32-36) because our bodies amplify who we are and are a catalyst to godly development. Simply separating our body from our spirit won’t make us into something we aren’t already, fundamentally. We are who we become while we are in our bodies. Our bodies have an amplifying effect upon our spirits (2010, Bednar, David. A, Things as They Really Are). Our bodies also have the power to help us change, and improve, our fundamental spiritual nature. If our spiritual nature needs improvement and refinement, a mortal body can help us accomplish that faster than eons of existence as a mere spirit.

A lot of people who don’t understand the purpose of life foolishly assume that religion is about simply being a good person. It is not. God’s plan of salvation and the fullness of His truth is about becoming like Him. We can’t do that by casting off our body simply to escape pain or trouble, to abandon fears, to avoid dealing with the very real physical struggles of depression and other psychological, to enact revenge, to seek control, or to escape despair. Our body is the very godly tool that allows us, through perseverance, to transcend pain and trouble, to overcome fears, to conquer depression and other psychological struggles, to gain peace and conquer forgiveness, and to find joy.

Death comes to all

Death is a very real thing. It comes to each of us in God’s own will and time. It is the doorway to other pieces of God’s plan for us prior to our eventual resurrection. But, even to God death (separation of the body and spirit) is temporary. Through the atonement and resurrection of Jesus Christ we will get our bodies back, perfected and immortal. His body is eternally connected with His spirit and so will ours be. Our body, because of the atonement of Jesus Christ, belongs to God (1 Corinthians 6:19-20). It is His to take, not ours to cast off.

There is only one person, in all of God’s plan, who got to choose (by God’s divine decree) when to offer up His physical body and cast it away and when to take it up again and reunite it with His spirit, and that was Christ (John 10:17-18). And, He did so in a supreme act of self-sacrifice and by a vicarious ordinance to save us both physically and spiritually for eternity. He didn’t do it to escape anything. Rather, He wished that He might not have to do so (Matthew 26:39).

Throughout scripture we see that God commands people to kill in rare instances, to be the hand of justice. We also see God commanding His prophets, apostles, and people to die for His truths rather than to compromise. We also see many people giving their lives to save others. Such instances, it would seem, are the only godly ways to walk purposefully into death. And God is the judge and grants the authority to do so.

What’s God’s feeling about suicide? Even as mortals we understand that suicide is not a solution, ultimately. It’s not something we should choose, and even non-religious people recommend against it. But how God treats it for those that commit suicide? That’s not for us to worry about. It’s in God’s hands.

But, if you are contemplating suicide, or if you know someone who is, please share with them God’s love for them. Remind them how precious and powerful their body is. And that just as their body allows them to experience so much pain and sorrow, it is also the catalyst and godly tool which can allow them to seek ultimately joy and happiness, both in this life, and in the life to come. Remind them that their soul (spirit + body) is, by the grace of God, the tool He has given them which gives them the power to find, create, and seek happiness and joy. Love them. Encourage them to hang on. Encourage them to seek help. To find answers. To take ownership of their ability (that body) to change their lives!